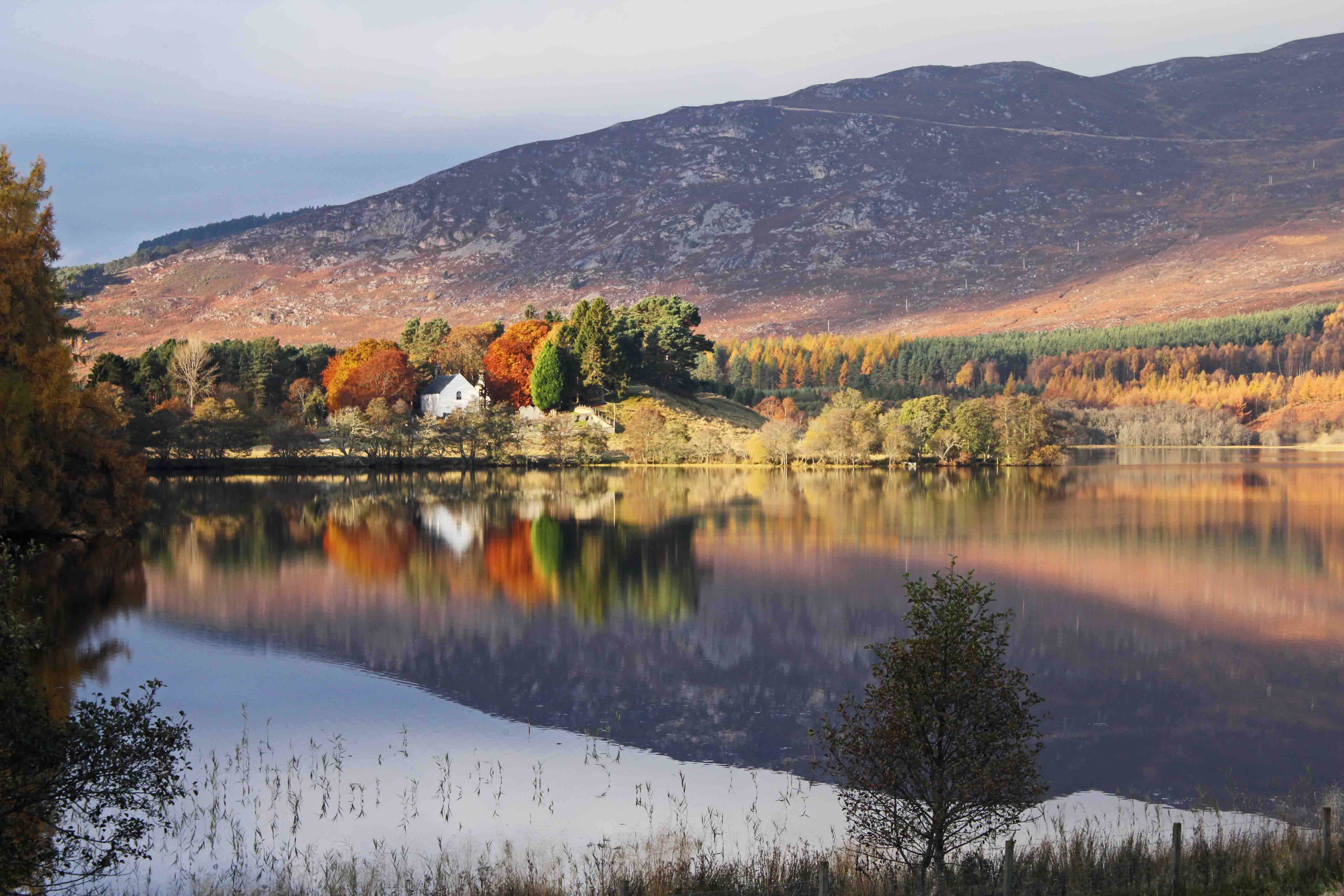 The Estate has had a colourful and eventful history. In the 1860’s when Sir John Ramsden bought it from MacPherson-Grant, he proceeded to plant large areas of Scots Pine from seed selected from the best growing trees of the Caledonian Pine Forest, the results of which can still be seen today in the woods surrounding the Lodge.

In 1905 the Estate was sold to Robert (Bertie) Bovill Whitehead whose father John, and grandfather, Robert Snr, designed and built the famous torpedo of the same name. The family married into some of the most influential in Europe with Bertie’s cousin Marguerite Hoyos marrying the son of the German Chancellor Herbert von Bismark whilst another cousin Frances, fell in love with and married a certain Captain Von Trapp whose story is told in the Sound of Music. Frances was the mother of the 7 Von Trapp children.

The Whiteheads also became well known for their knowledge in deer management and were consequently responsible for initiating a pioneering management policy that was to prove highly successful and from which the estate still benefits today. Probably the most influential of these was G Kenneth Whitehead who has written many books on the subject.

In 1923 Lady Carnarvon bought Alvie from the Whiteheads shortly after the untimely death of her husband, Lord Carnarvon, 5th Earl of Carnarvon. Although she only remained here for 5 years she designed and built a model dairy farm which remained active into the 1950’s despite the inclement climate.

With the reputation as a headstrong businesswoman and always looking to maximise investments, she sold Alvie in 1927 to Alexander Williamson, who was involved in banking in America and forestry and timber in Canada. It has remained within the Williamson family ever since.

Grouse shooting makes the biggest contribution to the game department and takes place from 12th August to early September each year. In normal years, the Estate would shoot 9 driven days and 5 walked-up days. On a good year, the Estate could expect to shoot up to 400 brace.

Red Deer Stalking
Alvie woodlands provide some of the best shelter in the Monadhliath Mountains. The Estate gained prominence during the early part of the last century because of experimental deer management techniques carried out by Robert Whitehead. Between 1906 & 1908 approximately 5,600 acres (2,300 hectares) of woodland and hill ground were enclosed within a deer fence and red deer selectively culled. The results were spectacular and Alvie has produced many of Scotland’s finest red deer.

The Estate currently culls in the region of 35 stags and 60 hinds & calves per season. Red deer numbers have declined over the last 30 years although deer culls have increased. Deer stalking provides an income from deer stalking clients, venison sales and accommodation for stalking clients. Alvie venison can be purchased from Dalraddy Holiday Park shop.

Stags are fed in the winter; this is now being used as a visitor attraction.

Fishing
In the 1960’s more than 60 salmon were caught annually mainly on Loch Insh. Since then there has been a steady decline. The river Spey is still noted for its salmon fishing and salmon, sea and brown trout can still be caught by boat on Loch Insh or by fishing along the banks of the River Spey.

The Estate provides boats for hire on both Loch Alvie and Loch Insh. Loch Alvie provides trout and pike fishing. There is a put and take fish pond stocked with brown trout at Jock of the Bog. The facility provides an added attraction for those primarily interested in other sporting activities and staying in holiday cottages.

Clay Pigeon Shooting
This facility is used by grouse shooting guests, groups coming for corporate entertainment as well as members of the general public.

There is plenty of space for unit base trailers, lorries and equipment vehicles in a central location.